WHO IS AARON HUEY?: BIO/AWARDS/HONORS 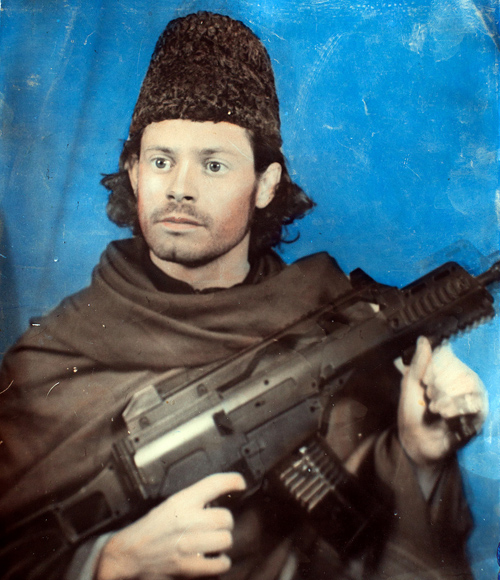 A Wearer of Gold Shoes.

A Climber of Rocks.

Huey is widely known for his 3,349 mile, solo walk across America (with his dog Cosmo). The 2002 journey lasted 154 days. There was no media coverage. They walked everystep. Following the walk Huey took a 2 1/2 year hiatus from shooting photos to build an artist in residence program (Hueyhaus), from the ground up, on the Pecos River east of Santa Fe.

His list of publications is very long and fancy.

Aaron lives in Seattle with his wife Kristin, his son Hawkeye, and his dog Suki.

His work is represented by Fahey/Klein Gallery in Los Angeles.

2013 Recipient of the Rowell Award