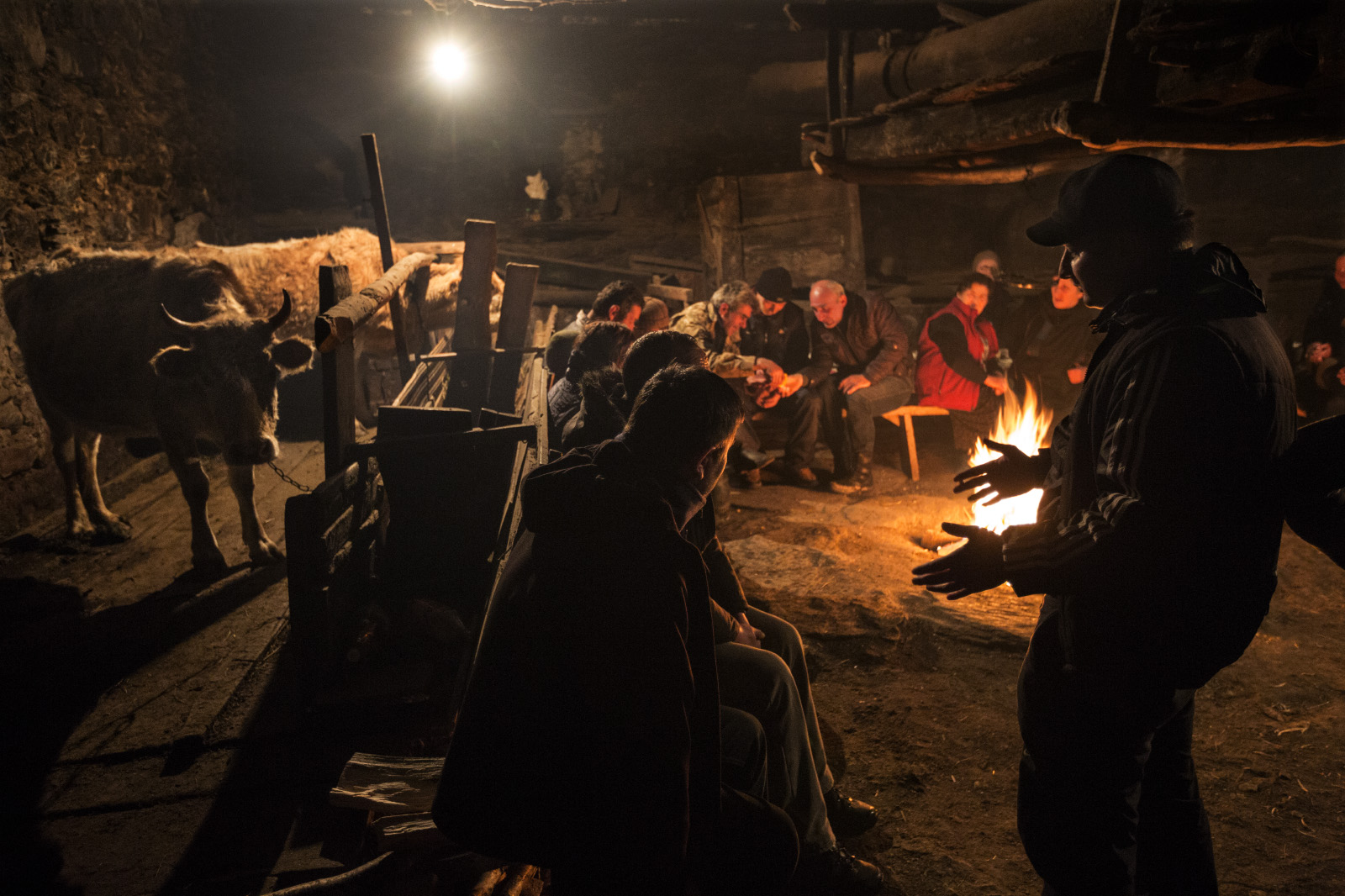 
A ritual related to the night of "Tswimnish" a day I have never gotten close to a clear explanation of. BUt it involves pagan rituals outside churches and the election of a character they call "Caesar" who leads toasts in an old Svan home (old barn where they used to live before modern housing). The whole community sits in eth ouse for a meal together. Caesar is given 3 newly married women for the night who have not yet had children. His presence with them is like a fertility charm so that they will have children. He also makes strange noises and goes around hitting people on the head with a large oar. He often has crosses painted on his face.