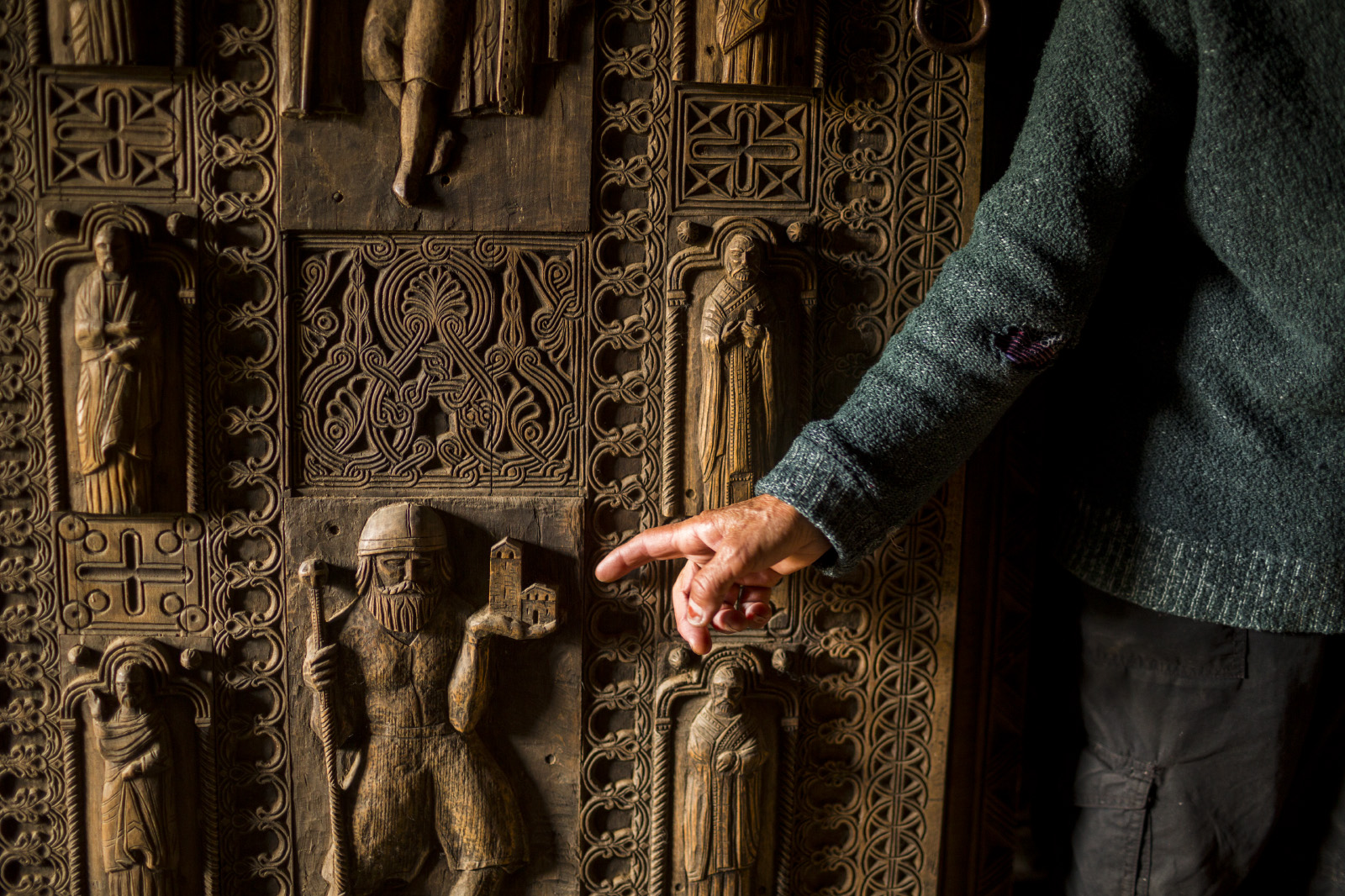 
Nijaradze shows a door made by her great grandfather in the village of Ushguli, Svanetia, Georgia.

The Svans (Georgian: სვანი, Svani) are an ethnic subgroup of the Georgians (Kartvelians) living mostly in Svaneti, a region in northwest Georgia. They speak the Svan language and are mostly bilingual also in Georgian. Both these languages belong to the Kartvelian (South Caucasian) language family. In the pre-1930 Soviet census, the Svans were afforded their own "ethnic group" (natsional'nost) category.