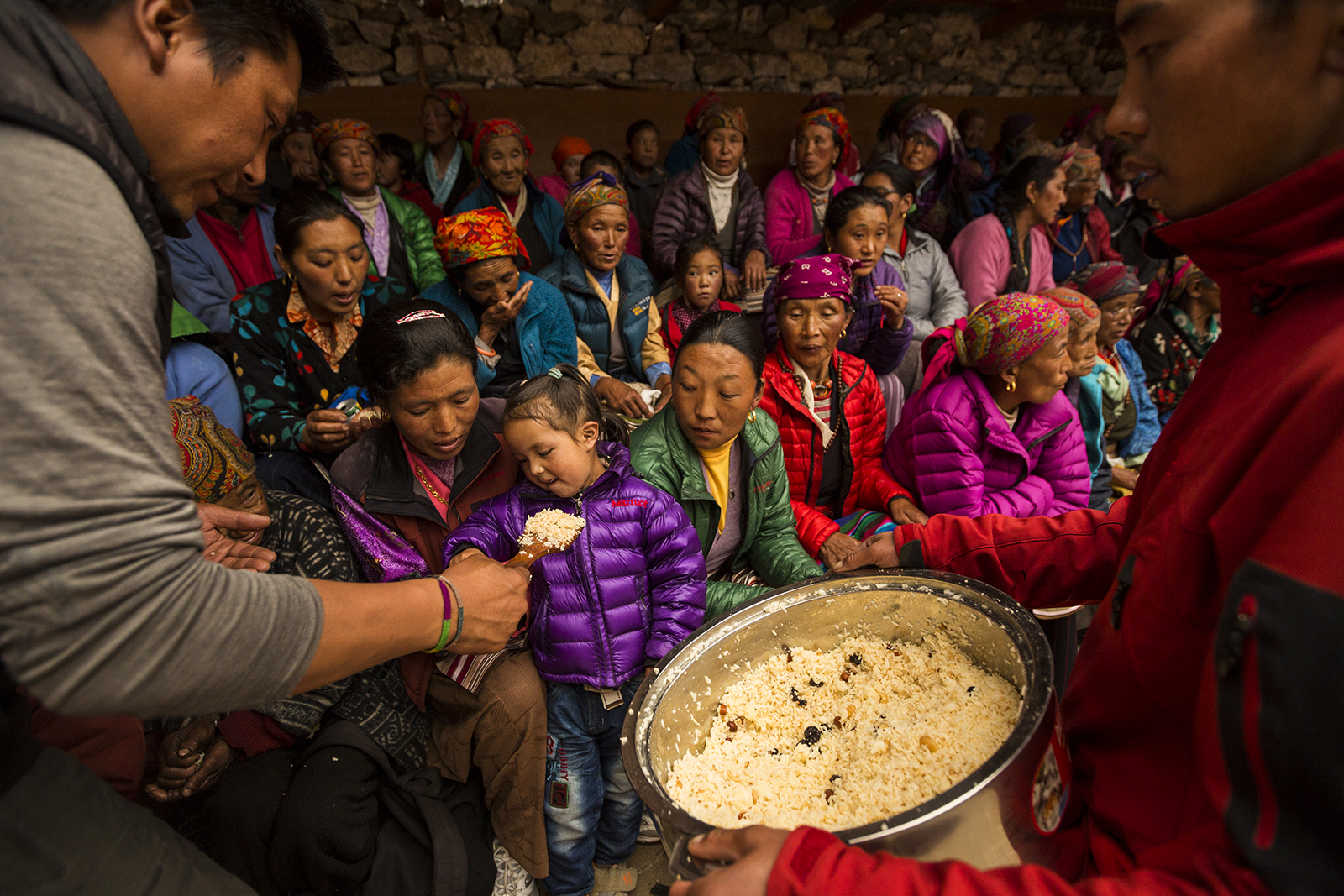 Rice is given out as a snack at the the beginning of the rice distribution at the Dumji Festival. The Dumji Festival celebrates and honors the anniversary of Guru Rinpoche birth on the lotus flower. Lama Sangwa Dorji is the founder of the earliest monastery of Khumbu and he was the first to start the Dumji festival in Pangboche about 360 years ago in order to coincide with the birth anniversary of Guru Rinpoche.